Jeff Bezos To Give MacKenzie 25% Of His Amazon Stake, Worth Tens Of Billions, In Divorce ($35 Billion; 3rd Richest Woman)

Jeff Bezos, founder and chief executive of Amazon, announced on Thursday that he will transfer roughly 4% of the company’s stock to his wife, MacKenzie, most likely by early July. The couple are in the process of finalizing their divorce.
Those shares are worth more than $35 billion as of 1:30 p.m. Eastern Time on Thursday. That would make MacKenzie the third-richest woman in the world, behind L’Oréal’s Francoise Bettencourt Meyers, who is worth an estimated $52.9 billion, and Walmart’s Alice Walton, who is worth $45 billion. She would rank as the planet’s 26th-richest person, ahead of Nike’s Phil Knight.
Jeff Bezos will remain the world’s richest person, with a net worth above $110 billion, per early Thursday afternoon stock prices. Bill Gates is the world’s second-wealthiest individual, boasting an estimated $99.5 billion fortune.
While still pending, the Bezos divorce settlement will likely be the largest in world history. Other divorces of the ultrarich include Steve and Elaine Wynn (she received an estimated $850 million settlement), as well as Bill and Susan Gross (she received a $1.3 billion settlement).
In a statement posted to his Twitter account, Jeff Bezos said, “In all our work together, MacKenzie’s abilities have been on full display. She has been an extraordinary partner, ally, and mother.” 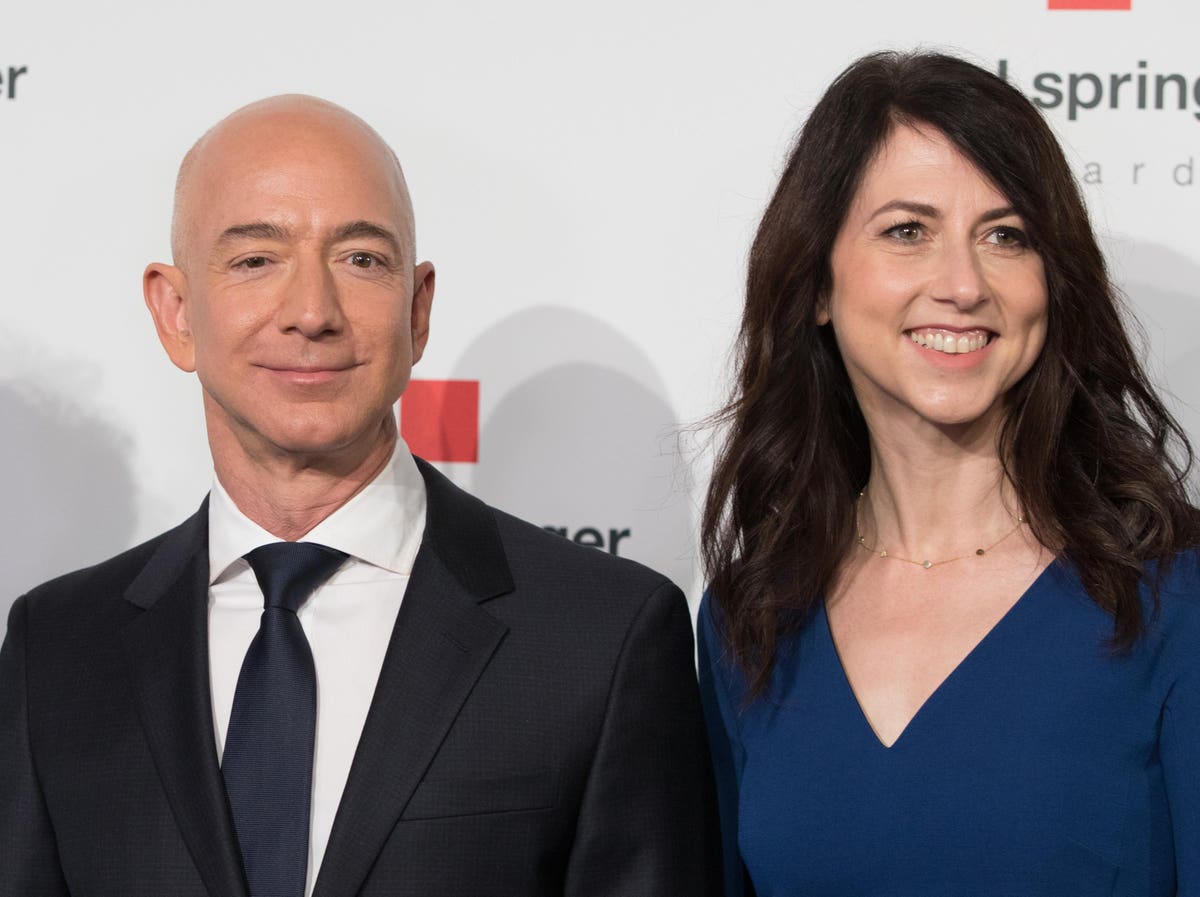 Jeff Bezos To Give MacKenzie 25% Of His Amazon Stake, Worth Tens Of Billions, In Divorce

With 4% of Amazon’s stock, MacKenzie will become the third richest woman in the world.

ExpiredDomains.net - The best source for high quality domains for cheap